When friends and family come to visit me in Boston, I take them to Newburyport for the day. It is the quintessential, New England coastal town.

First, let’s get some of the boring stats out of the way.

Closest Major Airport: There are 2 close major airports nearby. Newburyport is a 44-minute drive to Boston Logan International Airport, and a 50-minute drive from the Manchester Regional airport in New Hampshire.

Commute to Boston: 46 minutes driving by car or 65 minutes by train via the Newburyport / Rockport line. Newburyport has easy access to major highways (I-95 and Route 1) and the city has a train station stop that takes commuters directly into Boston (North Station).

How Far Is The Beach? 0 minutes! Newburyport is home to Plum Island Beach.

Reasons For Moving to Newburyport:

Now that you have an idea of the numbers, let’s explore what there is to love about Newburyport. People come to Newburyport for first-rate dining, charming downtown shopping, beaches and festivals.  Let’s look at why this town continues to draw tourists.

Downtown Newburyport packs in a lot of charm. You’ll find brick road streets lined with a myriad of boutique shops, from clothing stores and art galleries, to dog boutiques and soap shops. The Tannery Marketplace houses a variety of shops including fitness studios, salons, bakeries, dance classes, and a bookstore.

Just a few miles from downtown Newburyport is one of the Northshore’s most beloved beaches, Plum Island Beach.

Enjoy a picnic at Newburyport’s downtown Waterfront Park, which has plenty of benches and a boardwalk that runs along the Merrimac River. You could also take in the natural beauty of the outdoors at Moseley Woods. This park features hiking trails, a kids playground, and a covered picnic area. A popular trail in Newburyport is the Clipper City Rail Trail, where you can ride your bike or rollerblade along a 3.3-mile path. There are artwork displays along the trail and a model train that is popular with the kids for imaginary play.

Learn about Newburyport’s maritime history and how the city became a commercial seaport at the Custom House Maritime Museum. View model ships and displays of famous shipwreaks. Take a listen below to a pirate who lives at the Maritime Museum: 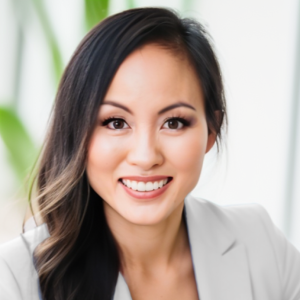 I'm Jeni Lu, a lifestyle blogger and realtor at Bentley's real estate. Consider me your local guide to all things real estate in the Boston Northshore. If you live in the area or are thinking of moving here, you've come to the right place! Stay up-to-date with Boston Northshore events, restaurants, real estate and more!
PrevPreviousAndover
NextSalisburyNext